Colin Tennant is Britain’s leading expert in dog behaviour; he pioneered the psychological approach to solving the behaviour of problem pets. He has frequently appeared on television as an expert dog behaviourist and was the first British canine practitioner to write comprehensively in relation to human and animal psychology. He has combined and utilised this information to produce educational videos.

He has produced Britain’s successful pet videos on a variety of animals including Cats, Dogs, Fish and Rodents.

He is an expert in Wolf/Dog Behaviour. The knowledge he acquired on this subject has enabled him to develop the skills to offer advice to many people, including some members of the British Royal Family.

During his youth, Colin qualified and won Britain’s top Kennel Club (KC) competitions with his dogs.

He is Britain’s ground breaking dog behaviourist, filming pet behaviour and the relationship dynamic between people and their pets. He has produced educational films and made them available to colleges and universities and also for the general public. 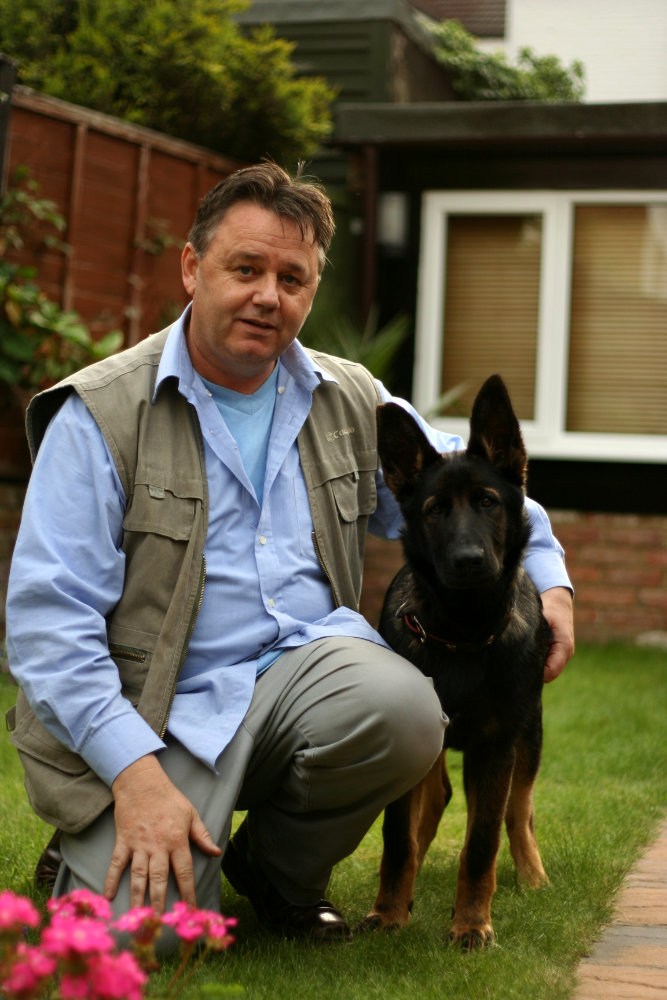 He served in the Cheshire Police Dog Section where he qualified as a dog handler under the Government Home Office approved course. While serving there he carried out trial work, search and criminal training, and lectured to other professionals, on dogs.

Colin is the founder and chairman of the Canine & Feline Behaviour Association of Britain and is the principal of The Cambridge Institute of Dog Behaviour & Training.

His previous knowledge and experience during his time in the Police Dog section has helped him to detect and solve the complexities of unusual dog behaviour.

He has advised the National Canine Defence League, the R.S.P.C.A and many other canine authorities.

He trained dogs for over three decades and has developed practical and psychological methods to improve their behaviour. In 1982 he founded the Canine & Feline Behaviour Centre in Hertfordshire where he gained a great deal of experience with dogs and was able to advise on a diverse range of pet behavioural problems.

Colin has also developed The Dog Detectives (Canine Behaviour) Service in Central London. The service requires Colin to attend the homes of many well-known and influential people, including members of the British & Middle Eastern royal families. Colin is able to ensure that the best psychological health needs of their pets are met.

He also has an international client base and frequently visits the Middle East & South Africa.

Criminal and Civil English Law.
Colin has been a qualified expert witness in cases relating to dogs, to the Legal Profession, for over thirty years and frequently attends civil and criminal cases whenever his services are required.

His Home Office training has provided him the necessary skills, required for an expert witness, to be able to write evidence and prepare court documentation to the highest standard and in compliance with the Police & Crown Prosecution Service evidence regulation.

In brief his main areas of dog expertise is:

Colin was the first in Britain to devise, write and deliver two-day training workshops. He also produced dog behaviour films for clients and their pets, discussing the psychological aspect of the problem dog behaviour and providing solutions for the same. The films were the precursor of the Middlesex University modules that Colin wrote.

He assisted the work based learning development for accreditation with the University resulting in students in the UK and the USA being able to achieve BA and MA’s in dog Behaviour & Psychology. This course was ground breaking and promoted the high standards held today in canine behaviour work thus enabling students to deliver the same principles.

Colin is Founder and Principal of the CIDBT which was founded in 2004 due to the success of the Dog previous Behaviour and Psychology courses he operated.

They now offer qualifications in the following subjects:

Colin studied Counselling & Hypnotherapy at the UK College of Complimentary Health Studies London. These skills have allowed him to assist children who have been attacked by dogs or to help overcome their phobias and fears.

He saw the requirement for this service due to his awareness of increasing incidents of aggressive dogs, pet loss, and other human/canine relationship issues.

Colin began his career in the 70’s and during this time has bred many dogs specialising in German Shepherd Dogs for many years at his kennels in Hertfordshire and has previously bred and cared for:

Colin also acts as an assessor of breed temperament for prospective dog owners.

The British Kennel Club operates working trials and obedience competitions. Colin has competed and qualified at the following Dog Training levels and as authorised by the Kennel Club Rules in the UK

Has Trained Dogs for competitive work in KC levels of obedience

Dog & Cat Behaviour Courses
Colin initiated the Pet Behaviour & Care courses and developed the educational content. He recruited, managed and trained the new tutors by holding structured lessons at his centre. He produced and delivered many courses including: Pet Sitting, Pet Dog Walking and Kennel Management.

Colin now works mainly in internet and terrestrial TV ideas with programmes relating to pet dogs and people
He also does regular broadcasts on radio.

World Wide TV Channels
Colin Tennant manages and acts as a consultant for a number of organisations. His unique knowledge of Television Production skills blends with his dog experience. He operates 5 Youtube channels for these various organisations and takes is decades of hands on dog knowledge transferring it into a world media base fro the benefit of dogs and their owners.