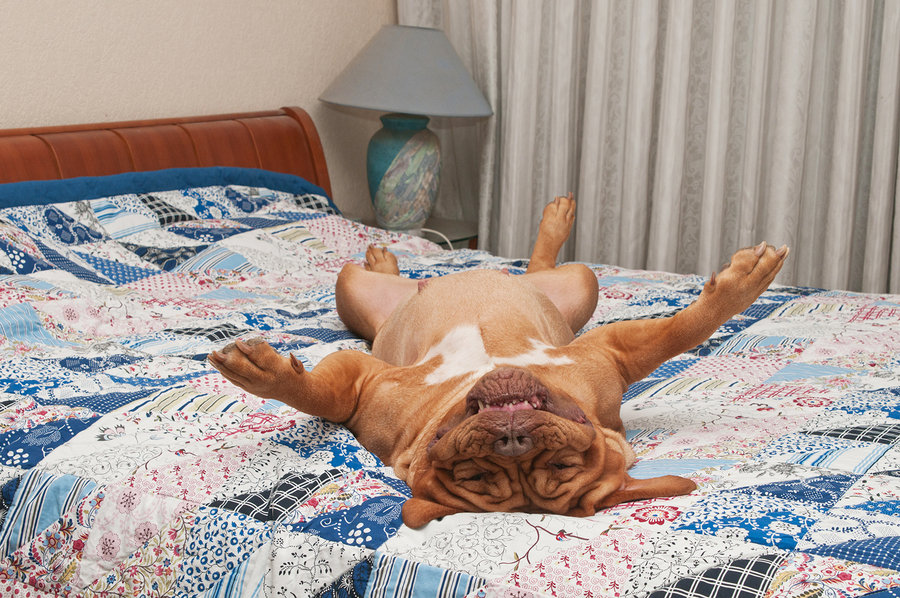 Most dog walkers will watch their dogs socialising with others on their daily walks and often think ‘why is my dog doing that?’ or ‘what’s going on between those two doggy friends?’

As dogs approach each other and humans they inevitably are wagging tails and this, of all visual cues, is synonymous with what people recognise in dogs as a friendly gesture. Tails come in a vast array of shapes and sizes, and serve to help balance in locomotion and convey important information from one dog to another; it’s no less important than human to human visual displays when hands and arms are used for expression.

We often signal with our hands and arms, gesticulating all sorts of messages. Somebody in a room with arms open coming towards you is sends a different message to that of another person approaching with their arms tightly folded. The human face is a critical information channel, while the canine face is less so. Hand and arm gestures can be seen at a distance before close contact, as can tails, which is a great defensive ability in flight or fight scenarios with dogs and people. Depending on what the tail is doing, and how it is held, helps you, and other dogs, gauge that dog’s intentions.

So what’s in a tail?

Banning docking (cutting off the tail) in the UK has been good for dogs and canine behaviourists alike. We simply had never seen a Rottweiler, for instance, with a tail before, but now we are able read this breed’s mood with more clarity like other breeds. This has helped considerably when dealing with behavioural problems at our centre with such breeds, since we can read the whole of the dog’s body language.

Tail movement combined with its carriage, whether high or low or tucked between the legs, is visual messaging and describes the dog’s mood at that moment – this can range from friendly, fearful, assertive and dominant to the commonly seen play-bow with waggy tail inviting play. The tail movements are innate, in other words they are not a learnt behaviour any more than blinking is a leant behaviour for us.

A happy approaching Labrador, for instance, wags for Britain when greeting dogs or humans; often, their entire body seems to wag in their wish to communicate a friendly mood, and their ears also take a more flattened position of submissive gesturing, clearly telling us they are friendly. If we speak in a pleasant or excited tone, the wagging becomes more effusive as the greeting dog enjoys our response. This is often the result when people return home and their dogs greet and meet them.

However, tail wagging, or should I say tail movements, can have more sinister messages. The tail high can be a part of an entire body threat in an aggressive dog, which displays a threat of dominance or dominance aggression. Conversely, if an aggressive dog holds his tail between his legs and under his belly, this indicates fear-based aggression.

When a dog is laying down at rest and you speak to him, sometimes his tail will flicker a minimum wag of acknowledgement of your spoken word. My dog often does this and I find this language most pleasing as it truly indicates the dog’s interest in you.

In wild dog species, tail carriage and movement are clear distance signals for interpretation and messaging of a dog’s mood or intent towards another of their species. In domesticated dogs, however, the entire tail carriage communication system was well and truly messed up in some breeds.

Over-length mutated coats on dogs such as the Old English Sheepdog, for example, not only lose their physical body language clarity but the so-called ‘bobtail’ does not function as meant either.

Spitz breeds, like Samoyeds or Huskies, all have permanently erect curly tails, due to other breed mutations, and this again makes tail signalling difficult. It probably accounts for many canine disputes in the park, since these breeds may appear overly cocky on approach to other canines and this display may cause misinformation, though most dogs seem to cope.

A danger signal to note, since it may mean trouble either for an approaching dog or person, is the slow, lateral and deliberate swish of a tail when a dog approaches you, staring at you with rigid body language and his ears erect and forward. This is often seen exhibited by dogs that are guarding their territory.

When police dogs are about to be released in attack mode, their tails are wagging in high, erect and excited swishing movements – but it is deliberate and not the same as a friendly wag display, so two types of wagging means two different messages of intent.

Finally, an appeasement tail is one of no conflict and is held low, sometimes with a furious low-level wagging. If the tail is tucked right under the dog’s body and not wagging, then he is fearful – which is not always easy to discern.

When out walking our dogs many of us will have seen the dog suddenly investigate a patch of grass then suddenly roll in it with great enjoyment and gusto. They seem to want to cover as much of their body with whatever it is they’ve scented. The stimulation is the scent or faeces (or even bodies) of animals such as, farm livestock, rabbits and foxes. My little Cairn Terrier used to do it frequently!

A dog’s sense of smell is most acute and we humans simply cannot imagine how rich this scent-transmitted information is to a dog. Dogs appear to be in ecstasy when rolling on the dead animal or the scented area, and definitely seem to feel better for doing so. Their enthusiasm is only matched by our determination that the dog won’t bring that stink into our home – cue the towels and a bath.

There is much diverse opinion on why dogs roll in strong animal scents, but I believe one reason is to mask their own scent in preparation for hunting; it’s an innate behaviour. Their prey may get confused by an incoming mix of predator scent masked by herbivore poo scent, so are easier to catch.

The other reason is that dogs may simply just like the smell, particularly in the case of fox poo, so feel the need to cover themselves with it.

Dogs have preferences for scent as we do. In essence, what manufactured scents we like dogs dislike intensely and, before Bitter Apple and Citronella anti-chew sprays, became available, I used to advise clients to spray cheap perfume on items they did not want their puppy to chew.

Dogs live by their noses, and I for one don’t mind my dog enjoying a roll for joy whatever the reason.

One of the most common complaints we behaviourists deal with is of dogs eating animal and bird droppings. When I worked in central London, I got calls on a weekly basis from owners who were disgusted by their dogs eating habits. London park lakes have hundreds of waterfowl, so dogs were exposed to duck and goose poo on a daily basis – and plenty of it!

While your dog eating bird poo is revolting to us, to the dog it is a natural food source and is already, handily, half digested. Your walk is their hunt, and that’s how dogs instinctively treat a poo find.

Herbivores – horses, sheep, fowl and deer – excrete faeces that contain a lot of part-digested vitamins and other goodness, and dogs know this; the poo scent stimulates the dog’s brain into saying that it’s good to eat, in the same way as us catching the scent of fish and chips – although I accept the differences!

To help prevent your dog from eating poo, you need to train him to come instantly on command. A muzzle may help initially, but it is not a sole solution.

My dog often digs up and eats his rotten bits of raw food and comes to no harm, but it’s natural and in my garden; dead animals found on walks may have been poisoned, so it’s important not to let your dog eat these. Training the recall is the answer and definitely a dog should understand what “No” means from puppyhood onwards.

Jumping up at people is probably the most common behaviour dog trainers are asked to help stop. But why do dogs insist on jumping up so often?

Well, the behaviour is inbuilt. The three main drives are:

I accept that some people encourage and love their dogs jumping up on them, which is beyond my understanding because the dog will naturally transpose that behaviour onto other people who may be less dog friendly, or people who will tell the dog off. You then have a confused dog.

Of course we are taller than dogs, so this contributes to the jumping-up action if a dog is to meet and greet people instinctively. Unfortunately, this can become a nuisance behaviour.

You will notice when two confident dogs meet they first check out each other’s muzzles scents, which is excellent canine etiquette; next, they sniff each other’s genitalia. This is all done as a norm, and in a similar way we greet by shaking hands or kissing cheek as fashion dictates. Dogs are not concerned with fashion, obviously, but are very concerned about canine manners.

At home you may notice your dog trying to lick your face, and this is a puppy behaviour to solicit regurgitation which seems to stay with some dogs into adulthood. Licking around your mouth is another way obtaining any food scents we may have on our lips, and dogs are interested in food and what we have eaten as a fellow pack member. They are also sniffing our cheeks for the same reason they check out each others faces – information via odours.

They will also, unless taught otherwise, check out your genitalia as a polite doggy gesture – which most dogs quickly learn is one gesture too much with some people!

When training a dog to prevent or stop an unwanted behaviour that you find unpleasant, always keep in your mind’s eye that what motivates dogs to do what they do is, on the whole, a natural inbuilt action. Preventing them from carrying out instinctive actions is unnatural from a canine view.

That’s the deal of dog ownership, though, and I suppose the plus for a dog is that he gets a free home, food and compassion from us, although it’s still a compromise and partnership which we all need to manage.