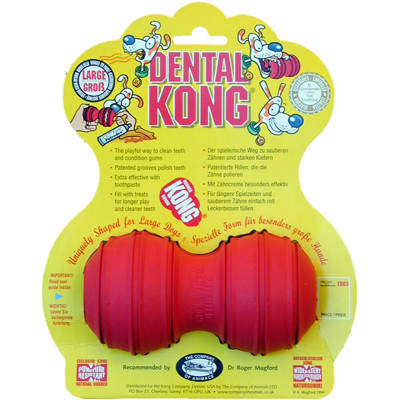 KFTR psychological food/behaviour reform systems can be used for separation anxiety, aggression to people, dogs which were out of control in houses when guest arrive or simply are hyper and don’t listen.

The dog curled up by your fire or is it centrally heated radiators(?) has been man’s constant companion and ally for hundreds of years. They have so many pack characteristics which we find endearing and are attracted to but their natural wired behaviours they arrive with are not always understood by us. That said it’s still no wonder the dog is the animal Kingdoms most successful export into the human world, however they are still dogs, still wild animals and though domestication moderates the wild – it does extinguish it. No dog, instinctively is evolutionary wise, designed for living with us in our complex environment and many problems can and do occur. My work over a life time is discovering ways to solve common canine problems for our best friend.

Most of you are familiar with the Kong toy developed by Mr Markham of the Kong Company. When they first arrived in the shops; it was quickly followed by the Dental Kong which is a different shape, more like a dumb bell and open equally at each end with a cylindrical hollow. I was already using Natured Diet as a natural dog food in behaviour solutions and which nearly all dogs prefer whilst they were definitely indifferent to dry food as a motivator. I will return to this combination of food and equipment later on in the narrative.

Dogs and people as pack animals enjoy each others company as incongruous as it might at first seem. Dogs sometimes become too inextricably linked into our lives than we may realise becoming over human dependant psychologically speaking.

From a dog’s point of view we are the family pack, so whether it’s one person or a large family they instinctively enjoy our company and time spent with them – in truth its become a type of symbiotic relationship.

Some dogs and breeds I believe are predisposed to becoming over dependant on human company, this intensity causes serious behaviour issues that begin to ruin the very bond we have formed in the first place. Conversely some human characters are also predisposed to forming the same intense relationships with dogs. The relationship balance is off kilter causing unwittingly a common problem like separation anxiety. This is when a dog becomes severely anxious when alone. I have never encountered this problem where dogs are taught to accept time alone as puppy’s as normal part of a daily routine.

There are other relevant problems I will allude to but for now simply explain how the Dental Kong KFTR retraining programme combined with natural food has helped thousands of dog owners solve their dogs behaviour problems combined with a good human dog relationship programme.

My centre developed the first KFTR psychological food/behaviour reform systems for our clients dogs over 20 years ago and eventually extended them into other behaviours like aggression to people, dogs which were out of control in houses when guest arrive or simply are hyper and don’t listen. My colleagues and I went onto develop the indoor restriction programme which means instead of removing dogs from rooms when being a severe nuisance (or placed cages) these difficult to manage dogs could stay in situ. We got rid of the cage and provided restriction within the home (without bars) by re teaching dogs to stay in one spot by a powerful reward and new conditioning that kept the dog happy. The result of this meant less upset of the owner and conflict with their dog, harmony and peace came into the atmosphere rather than shouting and manic counter dog reactions of chaos.

KFTR in other behaviour issues

In addition to Separation Anxiety we have used the KFTR for dogs that fear being conveyed in cars to enjoy the car ride. Barking in the garden is another nuisance behaviour so the KFTR is used to stop or reduce excessive barking when dogs are in the garden alone. New baby introduction to a household that already has a dog ensconced has also been assisted by the Kong and food combination. This has been a major success helping many thousands of people to safely bring their child into their home and producing a more amicable positive child dog introduction mind link in their dog. So what is the psychology and training behind this KFTR method and why has it been so successful world wide?

First we have to examine cause and affect of a canine behaviour problems and I will use separation anxiety to example. The issue is in the name, the dog does not like being separated or being home alone for a reasonable period of time. However, I had a client with a dog that was left in a car for ten minutes whilst the owner fifty yards away was chatting to me and other trainers. When he returned to his car his German Shepherd Dog had completely destroyed the interior of the cars seats to all our astonishment. I realised that the separation for this dog, but probably combined with frustration as it was a working dog, produced the carnage of the cars interior, so separation anxiety / stress can be exhibited in different places not just the home.

The Kong Food Training Reward works on time release and I will now explain how. It has always been difficult to reward a dog in your absence over a time period at least from the dogs point of view that suffers with SA, Giving it a bone or some treats rarely has any effect. A natural large marrow bone (real) has worked with some dogs but not most.

What we discovered was by changing the dogs food from dry, which most dogs are fed on and moreover are indifferent to, to real food like Nature Diet or a home made version of chicken and soggy/sticky rice that clamps together in a lump made all the difference – this is critical.

I am not describing an entire psychological programme here, but one part of the SA programme is keeping the dogs appetite keen and having two or three Dental Kong packed tight with the nature diet or home made food the central hollow has the food therein.

We only feed the dog when its left alone for very short periods even when we are still in the house. The dog psychologically connects that when the Kong and this new appetising real food is proffered it mind set is focused on the powerful food reward not the isolation. Again I repeat all the dogs food is fed in this way and for weeks if not months in some cases. The dogs bowl is used no more.

You can see a full programme in my book Breaking Bad Habits for dogs. The first thee weeks are critical and time left alone is increased from minutes to longer periods.

Of course a dog, except on rare occasions, should not be alone for more than 4 hours a day as a guide.

The dogs mind is now re programmed to associate time alone with real food which takes a long time to extricate from the inner hollow of the Dental Kong. This equals reward over a long period of time which has always been a difficult problem to solve. It has worked in about 90% of cases I have dealt with and along with the programme written.
I.L.P Intelligent Leadership Programme and KFTR

In my Intelligent Leadership Programme (ILP) Dog Behaviour DVD I demonstrate how to teach a disobedient dog when visitors come to the door and owners difficult to control the dog as it barges and leaps onto visitors or the dog becomes difficult to manage in other similar situation thereby creating acute stress levels in the family. Over ten thousand dogs have been retrained on this programme so the ideas re not theoretical but trusted practical methods that work and the Dental Kong is again an integral part of the solution.

This is where I use the Hook Restriction Programme by simply putting a 50p hook in a skirting board, a lead permanently attached to it. When the door bell rings which triggers your dogs effusive and often unwelcome wild behaviour we re-teach the dog using the Kong pre-stuffed with a small amount of nature diet. We run to the fridge get the Kong out stick it in front of the dogs nose and guide it to the hook and lead before opening the door.

The dog now has a long release reward whilst you guest enter or kids which may be a little wary of large dogs can safely enter. This programme stops dogs being isolated in gardens and other rooms when people visit or the dog is being disruptive.

Yes some dogs bark at first, but most readjust and quickly settle down to a long exploration feast of tasty real meat. We have also discovered from over 3000 post consultation talks with clients that over half the dogs upon hearing the door bell ring run not to the door but the fridge and then the hook area and do not have to be attached by lead after a few months training.

The house atmosphere changes from chaos to order and most of all, the dog is not isolated.

None of the aforementioned negates dog training, but from practical point of solutions, it is quicker and shows results in days not months.

Similar re training KFTR principles apply to teaching dogs mainly puppy’s to become less car fearful and prevent puppy from chewing car furnishings and staying in one area of the car especially in estates. The Kong again stuffed with nature diet is placed in the car on every journey until the car association changes form fear to enjoyment for the discerning dog.

The Hook restriction programme with the KFTR is also used for dogs which are aggressive to visitors though you will without equivocation need experts advice to deal with such aggression problems and the CFBA association is listed below. It matters not whether the aggression is dominant territorial or fear aggression that is triggered, with owner precision timing equipped with new knowledge changes rapidly take place. This is especially so when the visitor immediately hands or rolls a Kong towards the dog which is attached on the hook and lead. The principle is still the same – time release of the food and the food being real not DRY dog food.

And finally, a new baby arrival a concern for many people and the bite on bite count at my centre reinforces the problem. We can use food treats too but primarily we want the dog to connect quickly that daily when the mother father has the baby on their lap or in the room or in a cot a Dental Kong arrives with a small portion of the dogs daily food allowance within. It keeps the dog from getting over curious ignites a reward association with the baby’s presence and stops nervous parents saying No all the time as the dogs gets to excited or is over boisterous near the precious family addition.

What the KFTR is not is a tit bit scheme in any form.

KFTR has been a national and world success when combined with a behaviour programme and has helped tens of thousands of dogs retrain without conflict. It has prevented many dogs from being got rid off to rescue and many more form suffering in separation problems.

The key successful components is: