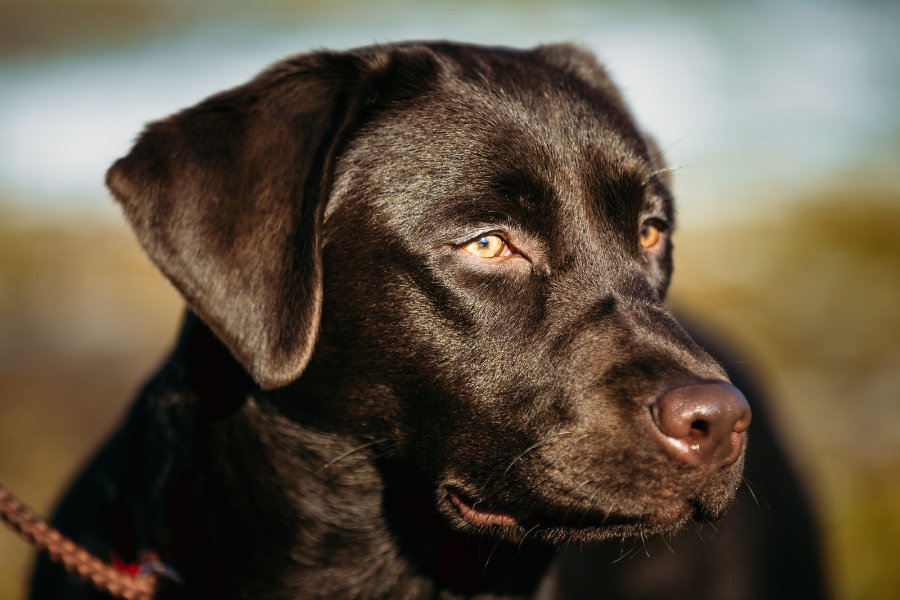 The learning curve for the domestic dog, canis familaris, from puppy to adult is fascinating when you consider that nothing in their make up was designed to fit in with us, our homes, gardens and busy outside world.

Yet, their ability to link our every action that may have a pay off for them, what I describe as eye cue, is fascinating.

Picking up your lead, car keys or putting your coat on often stimulates a flurry of canine excited activity and the anticipation of going of on a hunt (a walk to you and me) with the pack leader is a highlight of their day.

On occasion a learnt behaviour can over develop. An owner I saw recently could not get out the house without her Collie dog going bonkers and nipping her when she tried to escape to her work without her furry friend. With time and good advice at my Canine Behaviour Centre that extreme behaviour was halted and now the Collie with patience waits and accepts the outcome of walk or no walk. Like young children they need to learn when they can be included in a routine and when not.

Each day and in most homes – pack interaction takes place between owners and their pet dogs.

Often you will hear the owners say “He’s too clever – trying to get his own way once again”. Of course at times when the dog anticipates our actions and say; grabs some food we have dropped and swiftly takes off with it, or hangs around us with doleful eyes until, by whatever means, manages to psychologically make us feel so guilty that we give in and part company with some food, to his delight. A true opportunist like his ancestor the Wolf, intelligent and enjoying the fruits of being with and observing their host human company – and why not, the dog’s mind is designed to be opportunistic and knows no limits until we train him otherwise.

It’s not bad or good, it is simply a dog being a dog and surviving in our environment.

Who is Training Who?

Most owners proudly tell me that their dog goes to the door when it wants to go out for a wee. They feel that they have trained their intelligent dog well – have they? Who is training who as the dog stands at a door awaiting our next action into the garden. Owners dutifully get up and open the door and the cue is soon made and these owners can become obedient door men or women at the dogs’ behest. Up and down like a yo-yo.

Of course to the dog its like dropping a ball at your feet, you are inclined to throw it for his enjoyment and when the same dog walks to the door we open it on cue – we are so delighted at it’s intelligence to ask to go out. The dog may go for a wee but often simply has an outside excursion on its terms not yours. Of course if you don’t mind this then there is no issue but many owners do get fed up and may need to learn to balance their doggie’s led excursions and it’s signals and demands. Who said dogs weren’t intelligent!

Most dog owners have experienced or heard of people spelling out words to stop the dog understanding their next action. Walkie’s is a favourite word many dogs recognise and on cue. My dogs have worked this one out though I too enjoy the drama and excitement so its fine and is a part of our departing dramatics each day – I like to count the amount of words my dogs recognise other than formal dog training and walkies is another on the list.

I now can name certain people in my house and my two dogs know who is who by name and run to where that person is. I deliberately taught them this for film and observational learning in my current research. There has to be a link so I used the persons name as they arrived home and the dogs wised up to that link and the praise as my partner came in. Eventually I linked it to other actions with each person all having a pay off for the dog.

Perhaps count how many words your dog knows?

We Teach They Respond

Most of us want to and succeed in teaching our dogs to retrieve a ball or toy and health wise it’s good for dogs and us equally.

My German Shepherd Pup Dieter, well a 90 pound puppy, used to when he was small, look sky high up at me and drop the ball to see my response and when suited I could ignore him or throw the ball. Now when I am ensconced on the couch with a glass of wine talking with friends or watching a good film he simply activates and virtually eye to eye drops the ball on my lap. Difficult to ignore face to face.

My little Cairn Safie cannot hope to compete with Dieter – he’s a big, clumsy oaf, her eye line is by my knees and Dieter takes the advantage for my attention over her – this she gets miffed at. Yesterday he caught me off guard when I was sat on the couch having a bowl of soup, the first I heard was plop and splosh his yellow squeaky ball was in my soup. To him it was play as unusual, to me it was soup – not quite the same excitement – I smiled because the look on his face was simply “throw the ball then”.

The rules for that game have since been moderated but one has to smile at the innocence of his behaviour irrelevant of what I was doing – its also indicative of what dogs don’t understand and why we need to be tolerant. For many people that action would be a point of conflict and the dog would be told off but despite what we may think he would never understand why we were angry. Simple re-training is the key and with fun.

In brief the dogs’ wild cousin the wolf can detect by sight an injured or lame prey animal amazingly well and at great distance, we cannot hope to compete. Therefore observation is a critical part of a dogs learning capacity and subsequent strategy. They simply have the entire wakeful day to watch what we do and over time calculate what behaviour we exhibit that might have a rewarding experience for them.

Many dog owners have said to me “I simply don’t know how he knew I was about to go to bed as I have irregular times”.

Well the common feature in their case was the TV, the remote to be precise, when the owner switches the remote off just before bedtime, the dogs excellent hearing picks up the cue and then bedtime routines begin.

If we use the toddler parallel in the same way as some parents trying to out wit a 2 year old by spelling words or altering routines to prevent the child anticipating what they are up to something. That same human behaviour we transpose on to dogs so in fact we too are behaving as per our species and dogs therefore are not the only species to understand and learn in these modes. They share this learning behaviour with us and that’s a common bond that makes then such friendly enjoyable companions and most of all intriguing.