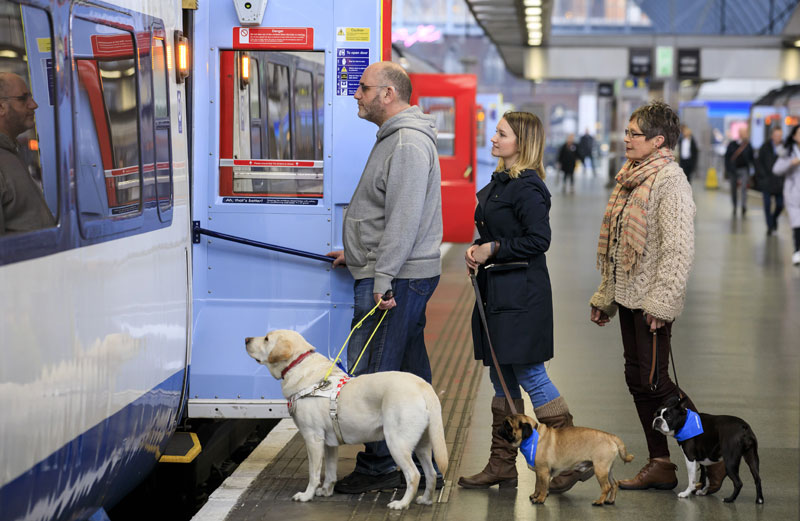 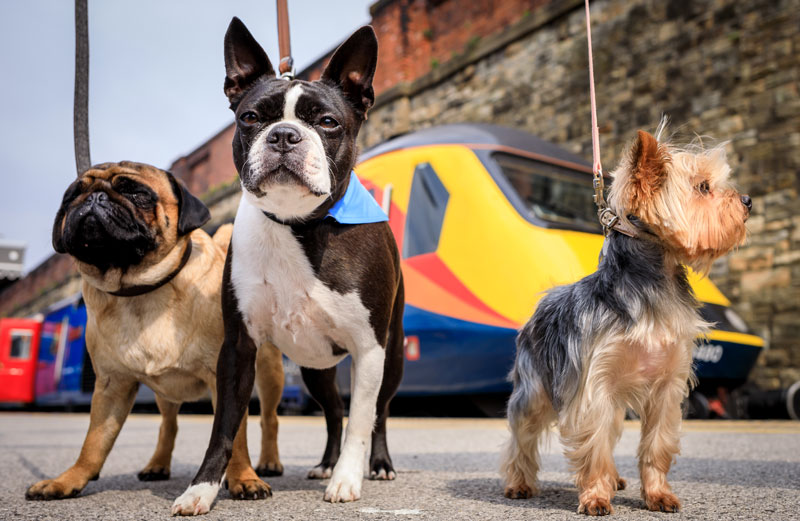 “The average pooch ventures 500 miles every year, a third of dogs have been to a dog-friendly health spa (31%) and nearly a fifth (18%) have even attended a festival”

Half of British dog owners (51%) refuse to go on holiday without their pets according to new research. And, a further 32% insist their dog is as much part of the family as their children.

The study of 1,000 British dog owners, commissioned by East Midlands Trains to celebrate the launch of a new range of pup-friendly provisions on selected routes, found that our four-legged friends are surprisingly well travelled. The average pooch ventures 500 miles every year, a third of dogs have been to a dog-friendly health spa (31%) and nearly a fifth (18%) have even attended a festival.

However, many owners are unsure about rail travel, with 59% admitting they don’t know the rules concerning taking dogs on board. A third of people (30%) believe dogs aren’t actually allowed on trains, with nerves being the main reason for the majority of dog owners to avoid rail travel (55%) with their furry friends. Despite this, half (50%) of those polled said they would take their dogs on the train if they understood the on board rules.

In response, East Midlands Trains has partnered with canine behaviourist, Colin Tennant, to devise the ‘Dog Train-ing’ guide specifically designed to help make travelling with four-legged friends as easy and as passenger-friendly as possible.

Dog-owning passenger’s biggest travel concerns are addressed in the handy guide and video which sees Colin showing how our pooches can actually be the perfect train traveller. Major worries include the likes of dogs being too big to travel on board (36%), drooling (31%) and getting too excited (55%).

The rail operator is also rolling out a range of pup-friendly provisions, including dog bowls at main stations and doggie treats (donuts bespoke for canine consumption) on board, to make travelling with pooches even easier.

Jake Kelly, Managing Director of East Midlands Trains says: “We welcome well-behaved pets on board and know there are plenty of advantages to travelling by train with your pet. However, it’s clear that some owners are unsure of the do’s and don’ts when it comes to bringing a dog on board. To help out, we’ve created a handy guide and are launching brand new doggy provisions on selected routes so that your dog, you and all other passengers are as comfortable as possible when using our services.”

The research also discovered that most (69%) dog owners believe their fellow passengers are friendlier when they have their four-legged friend in tow, with two thirds (68%) polled revealing they have more conversations with their fellow passengers (68%) when accompanied by their pooch. Half of male dog owners even went as far to say that they could see these conversations leading to a date, compared to just 38% of women.

Male dog owners also thought their pooch travelled better than their partner (32%) – twice as much as women (15%). So, it seems dogs really are a man’s best friend.

Elsewhere in the research, the study found that the average pooch had visited three countries in its lifetime, so it’s not surprising that more than half (56%) of owners aged 18-29 year old owners said their dogs are more seasoned travellers than their parents.

Whilst a third (31%) of British dog owners admit to taking their dogs abroad with them, 14% confess they only take a UK staycation where they know their pooch is welcome. Blackpool Pier (16%), Stonehenge (16%), Land’s End (15%) and Big Ben (14%) are amongst the top tourist hotspots Brits love to visit with their dogs.

To download the handy ‘Dog Train-ing’ guide, and find out the services rolling out the doggy perks, visit the East Midlands Trains website: (Awaiting New Link)

Click here to read Part 2: A Guide to Taking Your Dog on the Train By Colin Tennant​