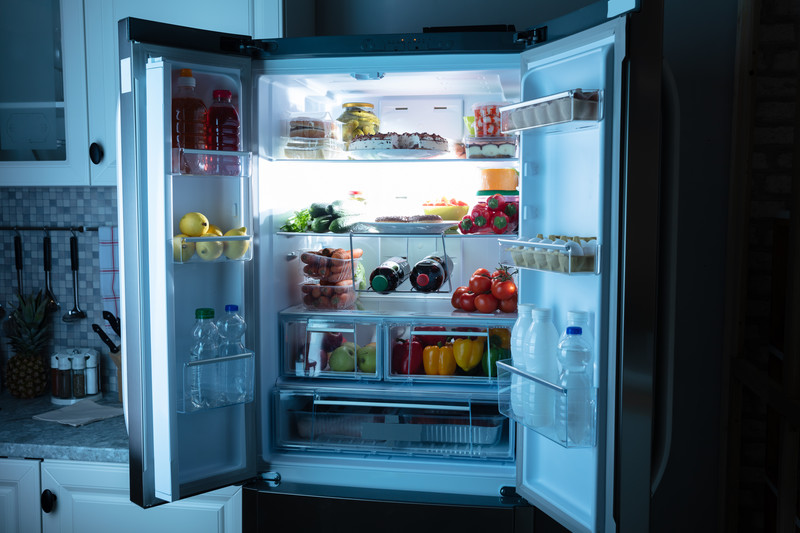 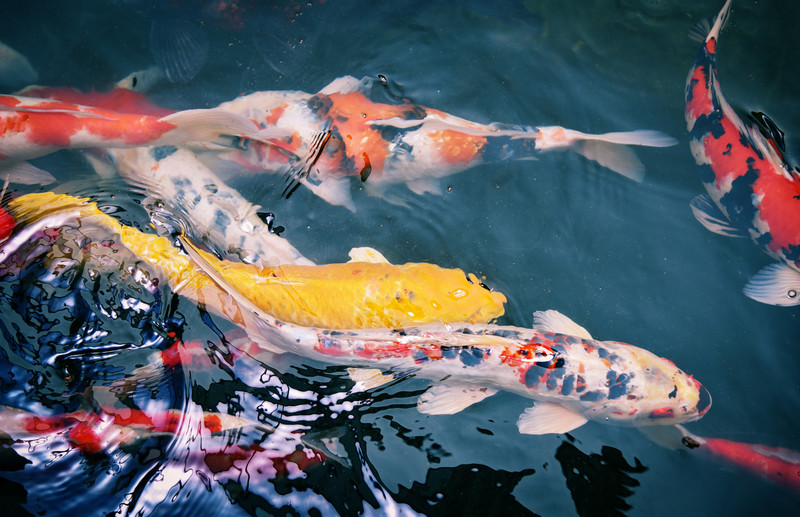 Unusual dog behaviour: The case of dog apparently afraid of a gold fish and the fridge.

A Fishy Tale – Recently I had to make a home visit to a local family in Hertfordshire, because of their pet dog’s peculiar behaviour. There telephone call to my office went something like this, Hello Mr Tennant my dog is terrified of noises and fish” I said ” What fish”? The reply came ” My children’s Goldfish to be exact, Oh and he’s also frightened of the fridge “.

I duly made the appointment and arrived at a normal semi and sat down to consult with Mr & Mrs Hartley. As I entered the house a huge long coated mongrel attacked me with affection while I attempted to sit down. I believe that the dog, named Topaz, was trying to give me a good impression of why I was not needed and that this was all a mistake and he had over worrying owners. Once I managed to extricate myself from his “love grip and wash service” I began, as I always do, to investigate the problem presented to me: Noise Phobias to be exact.

As I used to be a Police Dog handler, many moons ago, I still thank the Police service for teaching me the art of questioning and problem solving. I am often referred to as the dog detective and in a way that is not an inaccurate description considering the extraordinary pet behaviours I come across and the most important job – which is gathering information about the problem as opposed having preconceived ideas which can cloud the case.

Mr & Mrs Hartley said that Topaz had always been a bit touchy with noise but he was generally not frightened of thunder or fireworks in moderation. It appeared that the booms and bangs which frighten so many dogs were fine. However, the high pitched electrical circuit noises and switch noises appeared to send Topaz to hysteria and fear.

Their story began about six months ago when Topaz had come rushing into the lounge with a look of anguish on his droopy face. He seemed to indicate that something was amiss in the kitchen. Mr Hartley took the cue and followed Topaz into the kitchen. Topaz seemed transfixed by something in the direction of the fridge, Topaz indicated his discomfort with a nod a stir and whimper. Suddenly the fridge motor kicked into action as they do with a mild humming sound. Topaz immediately took off at speed into the lounge to join his mum, safety first. Both the Hartley’s were perplexed by this action.

In addition, even more mysterious behaviour had also occurred recently. Mr & Mrs Hartley had reluctantly fitted a baby gate to the stair to prevent Topaz from frequenting the bedrooms, because on another occasion they had arrived home one day to find the stairway rails chewed. A big hole was present, several rails had been gnawed off and many others were damaged beyond repair. The culprit, Topaz, was comfortably nestling in their bed.

Again the Hartley’s were confused by these strange behaviour patterns their dog was exhibiting. And credit to them they did not jump to conclusions and decide that they had a destructive dog and shout or admonish it; no, they sensibly knew that something was amiss and they would try to discover what it was.

I explained that because he had chewed his way through the stair rails he must have been really frightened and as he could not get out of the house had made for what he considered the safest place where they, the pack, leaders slept, the bedroom. Beds have more human scent impregnated in them than most other furniture and those comforting smells of his pack (Mr & Mrs Hartley) was why Topaz was found snuggled up on the Bed.

As our consultation continued, I gathered further information so as to unravel the mysteries of Topaz’s apparent phobias. I asked the Hartley’s for a little more about the fish. Mr Mrs Hartley’s had kept two big fat Goldfish in a tank in the kitchen, for many years and the dog had not even noticed them. However, one day for no apparent reason Topaz came rushing into the living room looking quite perturbed and tried to snuggle up to his dad. Mr & Mrs Hartley duly went into the kitchen with him trailing behind peering coquettishly through their legs. Of course everything seemed to be soundly in order. Then they both noticed Topazs gazing intensely at the Goldfish tank. The fish suddenly turned and swam quickly along the tank, Topaz whimpered and dashed off at speed into the lounge, he would not go back into the kitchen. They decided that the fish tank or fish was what triggered the fear in their dog. His owners over the next few days tried many times to coax him back into the kitchen without success. Eventually the Gold fish tank was removed into the children’s bedroom and Topaz victoriously tip toed around the kitchen again, checking out that the Golden monsters had departed, though the Fridge still presented problems.

I carried out a number of behavioural tests on Topaz to check out his temperament and all seemed normal on the whole. I therefore placed him on a lead and took him upstairs to the Children’s room, he sheepishly followed but when he saw the offending huge 3 inch Gold fish patrolling the tank waters he became afraid. The Hartley’s held his lead whilst I tested. I decided that as there appeared little to offend any normal dog it could only be the sound of water or the fishes shape and movements which frightened him.

I placed my hand in the water and made splashing sounds, This made Topaz really frightened and he pulled out of the room. That was the end of that. I still needed to confirm what the demon was that had spooked the dog and so back down in the living room I asked Mr Mrs Hartley for a bowl of water which they brought in. I placed it on the couch and in Topaz’s view splashed the water. He seemed far less frightened but still a little jumpy. I placed the water on the floor and he came over and sniffed it without further fuss. Back up the stairs again we all plodded Topaz in tow, as soon as Topaz saw the dog eating Goldfish he legged it!

In conclusion I believe that Topaz is ultra sensitive to certain sounds and/or movements combined. This could be an inherited behaviour or learnt, though in this case I believe it to be the first compounded by the second. The fact that the first fear he encountered was the fish in the kitchen also means that there was a good probability that Topaz associated the kitchen with an unnerving experience and he would be extra alert in the kitchen vicinity. When he eventually heard the Fridge noise click on this further reinforced his view that this room was full of dodgy and frightening sounds.

His behaviour would be akin to us when we hear a noise at night in our homes, we begin to listen for more sounds and sometimes hear them, even the ones that don’t exist.

The fridge is simply emitting that particular frequency of noise, the dog for whatever reason has been startled by it on a particular day for reasons he formed and we do not and perhaps will never know.

The Goldfish he probably never noticed until one day they may have jumped up out of the water and plonked back in with a loud splash. He may have looked up from say a sound sleep and associated the noise with the fish movements. I always have an open mind and am willing to let animals teach me more. It was fortunate that at this time I was producing four videos on fish care which did help me identify the cause. My own dogs had become noticeably more curious of the fish in my tanks and the sudden splash of water the fish made whilst darting to and fro. In their case as in most the noise was quickly forgotten.

I subsequently set the Hartley’s a feeding programme that would induce Topaz to desensitise to the fish and fridge noise over the following months.

Some weeks later the Hartley’s told me that he had made some improvement, the sight of the Goldfish still made him uneasy though they were now able to get him to walk into the room more confidently.

Noise phobias are often very difficult to completely cure and I feel that as the Hartley’s have altered the geography of the house i.e. moving the tank of fish and continuing the behaviour programme – in time Topaz will improve but probably he will be always be suspicious of noise as a result of the original trauma.

As I mentioned earlier, having made several Fish Care videos I had heard of a number of unusual Dog/Fish conflicts, I was quite surprised by what I heard and equally fascinated so let me describe another behaviour case.

Mrs Hyams described how her Jack Russell was terrified of her Koi carp in her pond.

Apparently one of these very large fish had mistaken the Russell scampering along the pond edge as the human with the food. The fish surged up out of the water and was virtually eye to eye with the small dog. The Russell yelped in fear and ran off. The poor dog probably thought that it was about to meet its maker in the form of a Golden Shark. The fish quickly submerged back into the pond depths without its normal snack, fish food that is.

This incident is another good example of how dogs can be deeply impressed psychologically by an apparent everyday incident which at a different time or place may not have bothered the dog in the least. So fishy encounters are rare but not as rare as one might think.